"A crossroads for musicians and ministers, for scholars and practitioners" 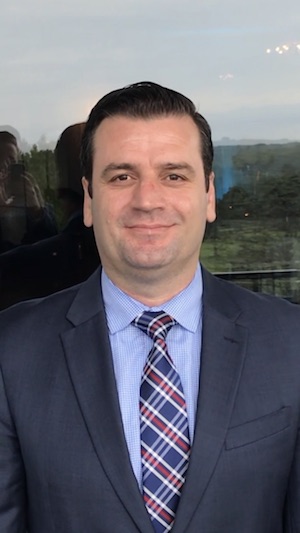 The “Syriac Music Institute”, is a non-profit organization, which I started in 2007, operates exclusively for educational and charitable purposes within the meaning of Section 501(c) (3) of the Internal Revenue Code. As the Syriac Music Institute’s purpose is to promote the preservation and growth of the ancient Syriac sacred musical tradition as one of the world’s oldest chant traditions developed mainly in the territories where Syriac people resided: Mosul (especially, the environs of the Monastery of Mor Mattai), Tur ‛Abdin (“The Mountain of the Servants [of God]” around Midyat, Turkey), Amid (modern Diyarbakır), Edessa/Urhoy (the cradle of Syriac culture, on the site of Urfa in modern Turkey), Antioch, (the city where the followers of Christ where called Christians for the first time(Acts 11:26); and the ancient patriarchal See of the Syriac Church), Aleppo, Homs, Nabak and Sadad (all in modern Syria).

The institute carries out innovative educational projects which globalize Syriac music, making it available through every medium, namely the Internet, making it simple for students and laymen alike to access the Institute’s resources from every university, classroom, library and home.

In 2008, the Syriac Music Institute took on its first major commercial endeavor by volunteering to do the audio music for a new project entitled "The Children’s Bible" which includes approximately 75 stories from both the Old and New Testaments.

Currently, Syriac Music Institute is publishing a historic project titled: “The Syriac Hymnal / ܙܡܝܪ̈ܬܐ ܕܥܕܬܐ ܒܢܘܛܐ (Zmirotho d‛Ito b-Noṭa)” through which seeking to systematize the chant tradition in order to unify and harmonize the liturgical chant throughout the Syriac Orthodox Church of Antioch. The Syriac Hymnal is a collection of hymns, i.e., liturgical chants: madroshé, qolé, ferdé, dedicated to every occasion distributed throughout the liturgical year, as well as chants that are observed during the Holy Qurbono/Mass, (i.e., qadish qadish, mawtokh, raḥem ‛layn etc.), for the use of the congregation. More than 350 chants, for the first time, are transcribed/notated according to the western musical notation system along with several chanting symbols that are unique to Syriac music system that provide limited insight into some aspects of musical and liturgical structure i.e., to articulate the division of the whole melodic and textual phrases in a single piece, referring to a form of the piece. Additionally, all the chants that are contained in this hymnbook come with Latin transliteration and English translation revised by His Eminence Mor Polycarpus of The Netherlands, The Reverend Fr. Elie Shabo, and Prof. Michael Penn of Mount Holyoke, MA. Finally, all these chants will eventually be recorded in an audio CD to ease the learning and memorization of their tunes.

Through such innovative projects, the Institute earned the respect and support of Syriac musicians, clergy and the Syriac-speaking communities. The Institute also sponsors academic and artistic events, to promote the preservation of the Syriac reach Musical heritage.

Founder and Director of the Syriac Music Institute